How Do Hydropower Trash Rakes Work? 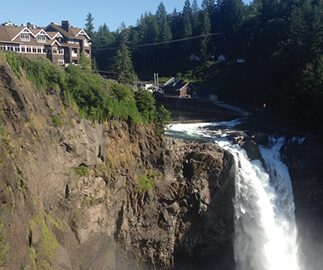 The importance of removing contaminants from wastewater cannot be understated. If wastewater is not properly treated before it is returned to the environment, it could harm the environment or negatively impact the health of people in the community.

The wastewater goes through a lengthy treatment process that involves a number of different steps. Early on in the process, the water is pushed through a screen, which filters out large pieces of debris. The debris must be cleaned off of these screens periodically, otherwise the screens will be less effective. To clean these screens, it’s best to use a trash rake.

What is a Trash Rake?

Some trash rakes simply drop the debris that is collected on a nearby deck so it can be manually removed by workers at the facility. Other types of trash rake move the debris away from the deck and drop it into a bin designated for this type of waste.

What Are Cable Operated Rakes?

The Catronic Series trash rack sits on the deck located above the screens. It can be used as a stationery unit to clean a single screen or as a moving unit that is capable of cleaning multiple screens. Another cable operated rake system is the Monorail Series trash rake. Instead of sitting on the deck, this type of trash rake moves back and forth along a monorail structure that is built above the screens. Because it moves along the monorail, this trash rake can be used to clean multiple screens within the same general area.

There are benefits to both the Catronic Series and Monorail Series trash rake systems. One benefit of the Monorail Series trash rake is it does not take up space on the deck, whereas the Catronic Series trash rake does. Both of these systems use low maintenance energy efficient equipment that can easily be repaired and cleaned away from the water that is being treated. The install for these raking systems is easy, too. This means facilities can install either one of these systems without having to replace their existing screens or make any other modifications.

What Are Hydraulically Operated Rakes?

The Hydronic T Series trash rake system features a telescoping design that can clean at inclinations of up to 90 degrees. This system can run without the use of chains, guides, and sprockets, which makes it easier to operate. The pressure that the rake applies to the screen can also be adjusted to minimize the wear and tear.

The Hydronic K Series trash rake system is designed with a long arm that can reach depths of up to 100 feet. The arm is also capable of removing larger objects from the water such as trees and rootstocks. Depending on your facility’s needs, the K Series system can remain stationary to clean a single screen or it can swivel or travel to reach other screens.

Another hydraulically operated raking system is the Hydronic Multifunctional (M) Series. The M Series is designed with an articulating arm and a telescoping rake that can reach depths of up to 150 feet. There are several different rake heads that can be used on this system, including a triple jaw gripper that is capable of lifting more debris, and an orange peel grapple that is ideal for removing debris from the bottom of the screen.

Although this system can be semi-automatic or fully automatic, there is also the option of manually operating it out of the driver cab. It is best to manually operate the system to remove large pieces of debris from the surface.

Finally, there is the Hydronic H Series trash rake system. The other systems mentioned above are designed to clean screens that feature vertical bars. However, the H Series trash rake system is specifically designed to clean screens with horizontal bars. This rake starts at one side of the screen and pushes the debris caught between the bars to the other side of the screen. Then, the debris that has been collected can either be removed manually or with a grab rake.

Trash rake systems are used to clean screens, however it’s important to note that there are also self-cleaning screens available. The CO-TEC screen, for example, is designed with rake teeth that can be extended between the bars on the screen. Once extended, the rake teeth can then be lifted upwards, dragging debris in the same way that a trash rake does. If the screens at a facility need to be replaced, this type of product should be considered. However, facilities that are not interested in replacing their existing screens should stick to a trash rake system instead.

To learn more about hydropower trash rakes or to place an order, contact Lakeside Equipment Corporation today. Lakeside Equipment Corporation has been committed to improving the quality of water resources for decades. We currently provide high quality products and reliable services to municipalities and companies around the world. Call 630-837-5640 or visit our website to connect with one of our knowledgeable representatives today.

How Pressure Affects the Flow Rate

How Viscosity Affects the Flow Rate

The speed of the spinning impeller found within the centrifugal pump design makes it less than ideal for handling shear sensitive mediums. Positive displacement pumps are not designed with any high-speed components, which means these pumps will not apply a great deal of shear to mediums. Because of this, it is best to choose a positive displacement pump when handling mediums that are shear sensitive.

Some centrifugal pumps will have suction lift capabilities, however the standard models do not. Positive displacement pumps do have suction lift capabilities. Consider the piston pump, which is a traditional positive displacement pump model. The piston is the component that moves up and down to force water from one side of the pump to the other. When the piston moves upwards, the pressure in the body of the pump goes down, which will open the suction valve and allow water to flow freely into the pump. The suction valve will close when the piston moves downward and increases the pressure inside the body of the pump, which pushes the water out of the pump.

When to Use Centrifugal and Positive Displacement Pumps

Because of its simplistic design, centrifugal pumps can be made out of a number of different materials, including plastic, stainless steel, and cast iron. This makes it more versatile since its design can be adjusted to fit your needs. This type of pump is also very compact, which makes it the ideal choice when there is not much space for a pump.

To learn more about centrifugal and positive displacement pumps or to place an order, contact Lakeside Equipment Corporation today. For decades, Lakeside Equipment Corporation has been committed to providing high quality and reliable products and services to customers around the world. Let us guide you through the process of finding the right centrifugal or positive displacement pump for your needs. Call 630-837-5640 or visit our website to connect with one of our knowledgeable representatives today.