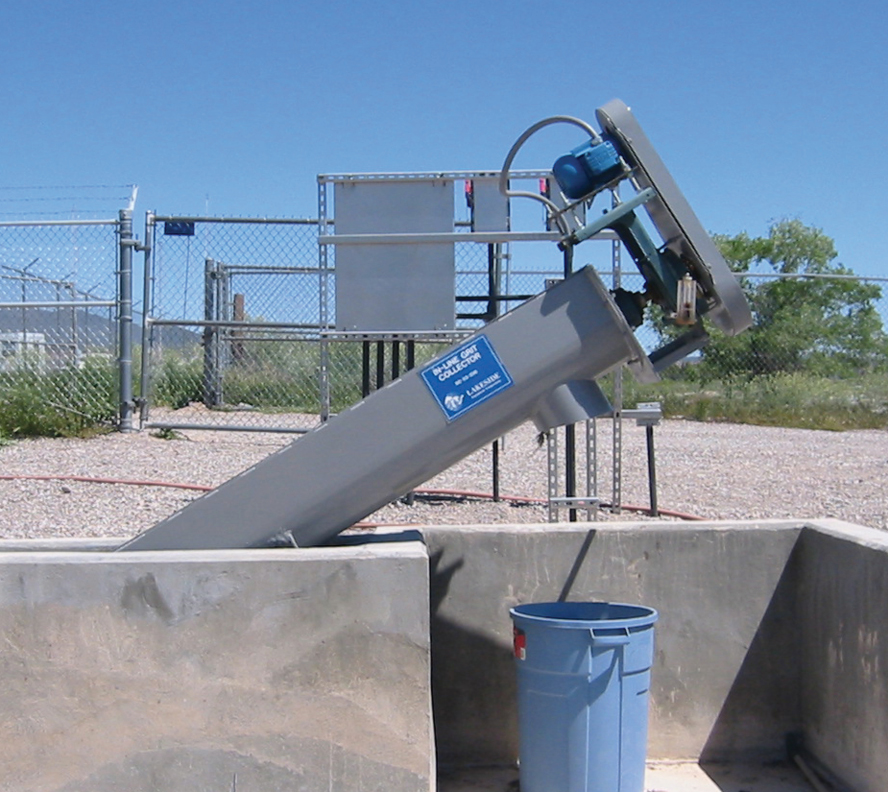 How To Effectively Remove Grit From Wastewater

What is grit? It’s the particles of sand and silt that end up in wastewater. It could be sand and gravel that’s spread to give traction on icy roads. It could be the dirt and sand you wash off your hands after doing some gardening or yard work. It can be coffee grounds, foods that go through a garbage disposal, or seeds.

When grit gets into wastewater treatment equipment, it’s destructive. It can wear down the mechanical components. It can lead to partial blockages that affect the water flow to digester tanks. Grit can end up costing a company too much money in repairs, replacements, and slowed processing.

How do you get rid of grit in the wastewater you’re processing. A grit removal system is ideal. You need one that works effectively and is designed to last.

As wastewater enters a water treatment plant, screens catch larger materials like sticks, trash, and plastics. The screens get finer as the wastewater flows through the plant, but sand and silt keep passing through.

There are different types of grit removal systems. To find the right system, you have to look at the type of grit you frequently process. Your options are:

There are pros and cons to each system. Aerated grit chambers allow for differing flow rates. You can also start adding chemicals to them.

Horizontal flow grit chambers allow you to adjust the flow. Hydrocyclone systems can remove solids and grit at the same time.

Vortex-type grit chambers are better at removing fine grit. They don’t have parts or bearings that sit below the level of the water, so they last longer and need less maintenance. The systems are also smaller and take up less space. Similarly, detritus tanks also have all mechanical components above the water.

With any of these systems, if the raking system is not mechanical, you’ll spend more time keeping them clean. Aerated grit chambers can be smellier. Plus, they often take more power to operate.

Detrius tanks do not allow you to control the water flow. If you install this in a shallow area, you may find grit gets through more often. Horizontal flow grit chambers also can be difficult to control the flow rate. Bearings and other equipment are underwater and can wear out more quickly.

Vortex-type systems with paddles may end up with debris caught on the paddles if anything gets through wastewater screening. Grit pumps can also clog frequently. They also need more space because they are deep.

What Types of System Do You Need?

When deciding which grit collection system is best for your needs, carefully weigh the amount of space you have, how fast the water flows, and how much grit you typically have in the wastewater. Lakeside Equipment sells several systems.

Aeroductor Grit Removal System – Grit is washed and collected at the bottom of the chamber where it is then pumped out. There are no underwater parts, which helps prevent excessive maintenance. It’s also meant to last thanks to the stainless steel construction.

H-PAC – The H-PAC system pairs with wastewater screening systems and the vortex-type grit chamber to create a system that screens the wastewater and removes grit for less money at high flow rates. It takes less space and is affordable.

In-Line Grit Collector – This is an affordable system that’s all-in-one. It has the chamber where grit settles after it’s been aerated. A grit screw removes the grit.

Raptor Grit Washer – Using vortex forces and gravity, grit is collected and washed. It can work with several flow rates, and usually removes around 90% of the grit that enters the system. The system is smaller and doesn’t take up a lot of space.

SpiraGrit Vortex Grit Removal – If you have varying flows and need as much grit removed as possible, the SpiraGrit is a good choice. Its stainless steel design resists corrosion, and there are no underwater bearings to help with maintenance costs. It also takes up less space than other systems.

Call Lakeside Equipment to talk about your water treatment plant’s goals. We can help you design a grit removal system that boosts your processing times while providing a system that is designed to maximize grit removal. We can also help with replacement parts and service. Give us a call at 630-837-5640.